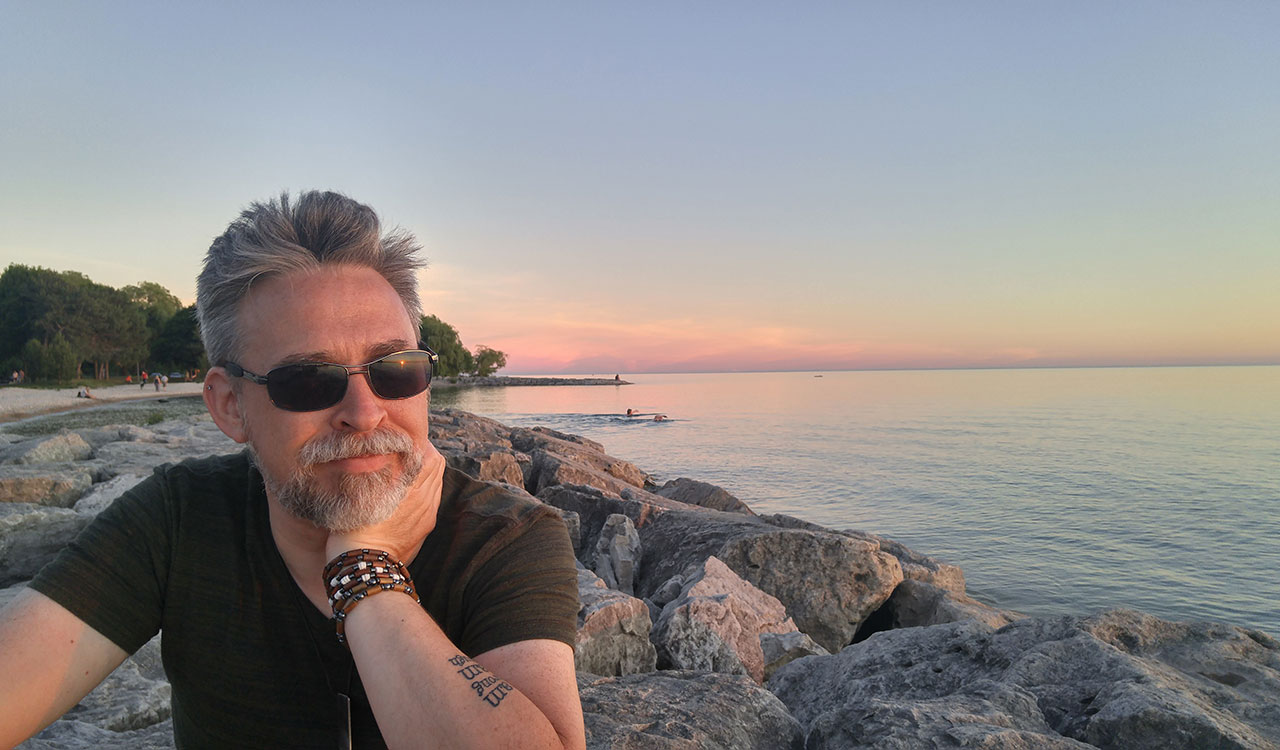 “Why I Hide My Happiness As Someone With Depression” The Mighty, 25 Sep. 2017, www.themighty.com/2017/09/depression-hide-happiness/

“When Robin Williams Died, I Realized the Greatest Lie Depression Had Told Me” The Mighty, 10 Aug. 2017, www.themighty.com/2017/08/robin-williams-depression-suicide-anniversary/

His career has included roles as a developer for multiple website design agencies, the launch and eventual sale of his own successful new media development company, and a progression of freelance and bespoke programming opportunities that eventually culminated in several years as the Chief Innovations Officer of a successful IT solutions company.

In 2011, following an unexpected brief stay in the hospital, Christopher was diagnosed with Bipolar Disorder. Rather than allow his condition to define him, he decided to embrace it as an opportunity to refocus and center himself, and to channel his experiences through his writing. Returning to school at Western University in 2018, he is pursuing an Honours Specialization in Creative Writing and English Language and Literature, where he continues to evolve as a writer and human being; developing a more manageable, rewarding, and balanced existence.

Christopher has been published on The Mighty as well as Yahoo! Lifestyle, and continues to develop new content to share with the world, between bouts of spending time with his family and watching entirely too much television (when he really should be reading more).