Sometimes I have thoughts.

Sometimes I post these thoughts on my website for you to read. Sometimes you read them. This is generally referred to as "Blogging", which should not be confused with "Flogging", an activity I do not perform for free. Unlike my Blogging. 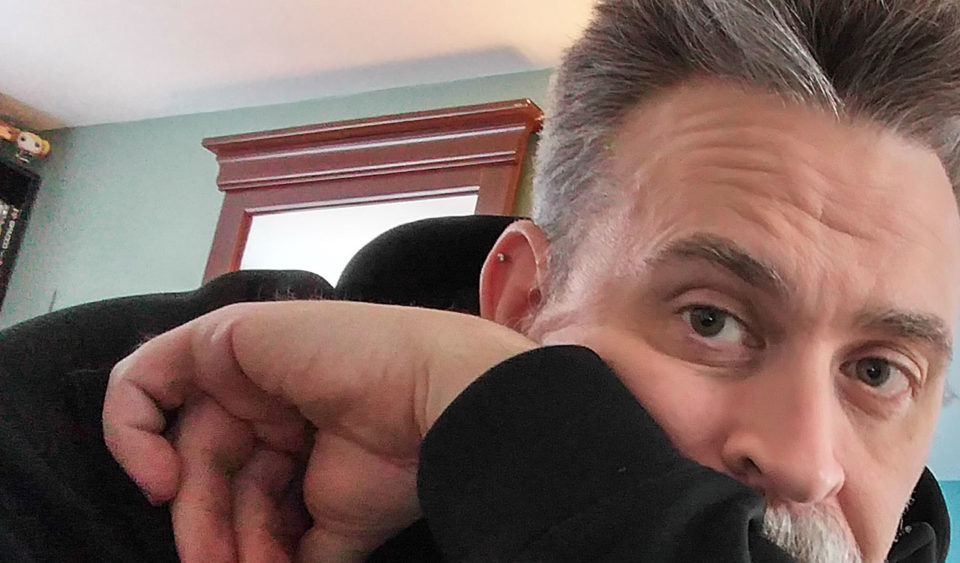 I don't know if anyone else will understand this, but it's the atrocious realities of the world - the pain and suffering that human beings inflict on one another, on the vulnerable, the abused, and the victimized - it's these things which make me question, more than anything else, whether I want to be here. Whether here is worth being.

That such atrocities are even conceivable, never mind actionable, carry such sadness and hopelessness for the future that my own insecurities and challenges are dwarfed by the fact that even if I manage to save myself, who is going to save me and the ones I love from the rest of what lies out there? I wonder some days whether life is worth living if even a part of it contains the capacity to allow such torment to exist. I feel strong enough today to weather it, but it's those other days, the ones where I can barely stand within my own skin, that this knowledge adds enough weight to steal my breath and bury me. 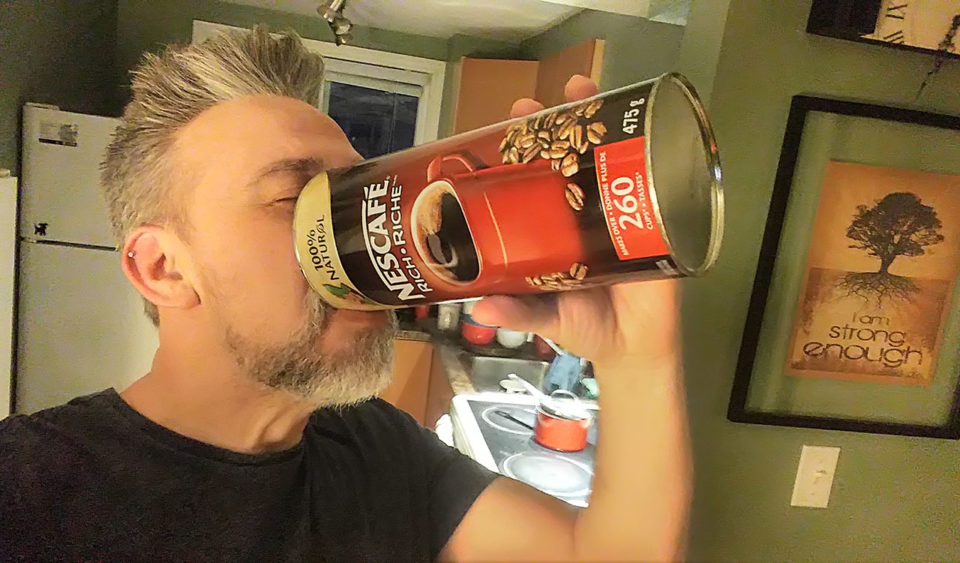 This morning while in the shower, I determined I would take control of the day and make every minute count. Of course, in most characteristic fashion, I immediately regretted my bold and aggressive declaration of ambition. Who am I, I challenged myself as someone who could barely make themselves get out of bed in the morning, to force my will upon something so small and innocuous as a minute? Who or what would I target next? A second? A millisecond? Once upon the slippery slope of blind ambition, where would my efforts end? Would I ever be satisfied with the time made available to me or would I eventually drive myself to insanity in my quest to bend the entirety of the universe to my bidding?

As a staunch believer in free will and self responsibility, how could I justify enforcing my own wants and needs, however well intentioned, onto something that had no choice but to march steadily from one beat to the next, eternally passing the figurative baton of historic tapestry from one indistinguishable instance of itself to the next? And what if it can't even count? This construct of a metaphysical concept conceived by man for the arguably express purpose of torturing ourselves through the antagonistic inference of stolen personal entitlement caused by traffic congestion and endless Starbuck lineups. Had we not already asked so much of so little? Could I now demand that it also cater to my individual, selfish whims. Logic would dictate that as each minute is a singular entity, born and extinguished almost simultaneously, its grasp of numerical concepts would be limited to a single digit. One. No more, no less. To expect its knowledge to reach beyond its grasp seems as fair as passing judgement on a stone because it lacks the ability to soar through the air like an eagle.

So I have decided instead to commit to a different tact today, and take each minute as it comes. Accepting it for what it is and not what I will it to be. It is not lost on me that I will still be exerting a form of control by taking without asking, but this time I will do my best to offset such hubris by offering something in return. Today I will do my best to give a shit.

A little creative give and take shall a Thursday make and before I know it, Friday will swing its way back around. I feel much less like a bully when dealing with days, especially when I know when it comes to being difficult, they generally started it first. 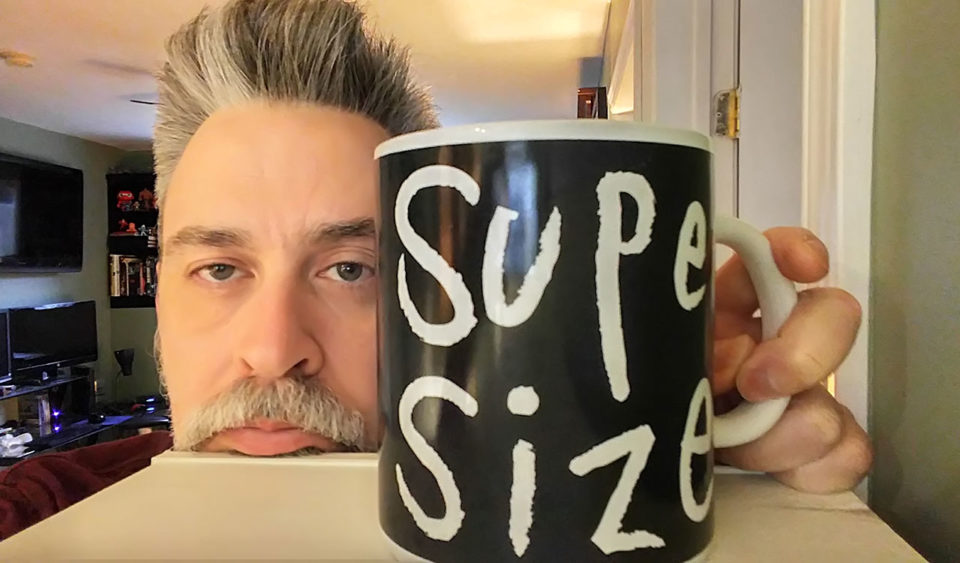 Reset the alarm four times and still haven't made it out of my pajamas yet. So far, Hump Day is not looking nearly as invigorating as it sounds. Bills need to be paid, so it's all "off to work I go" as I shuffle the ten feet or so through my tiny apartment over to my desk. I have a headache but at least I work from home and don't need to venture out into what has apparently mutated from an early morning thunderstorm into a disheartening display of snow. My red Converse weep for the eventual return of warmer weather and early morning walks. Let the imbibing of copious amounts of caffeine begin.

A song of singitude: Paul Young "Every Time You Go". 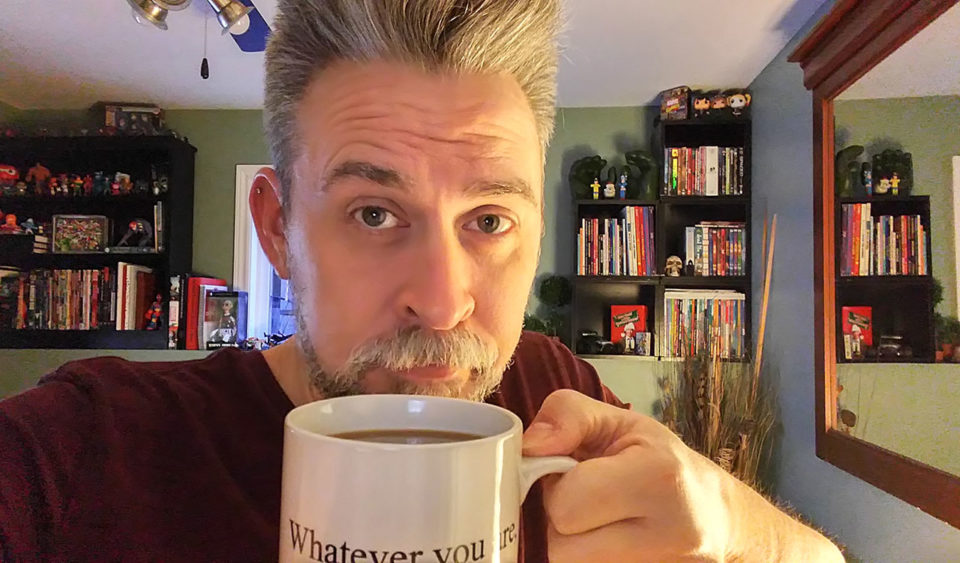 Be A Good News Day

Gotta be honest, today feels like it's going to be an uphill battle. It would be nice to get some good news, even something small, to help bolster the spirits. I'm telling myself it's early yet and to spend my time looking up instead of looking out, but I wish I felt more positive. Still, I've been wrong about so many things, so many times before, so maybe this will be another one of those situations and things work out in my favour.

Tuesday, be a good news day and not an "I lose day".

Whatever my outcome, I hope the rest of you enjoy your time to the fullest. Be awesome (like I know you are), and keep things simple - things like not being a dick.

A song to get started: Otis Redding "(Sittin' On) The Dock of the Bay". 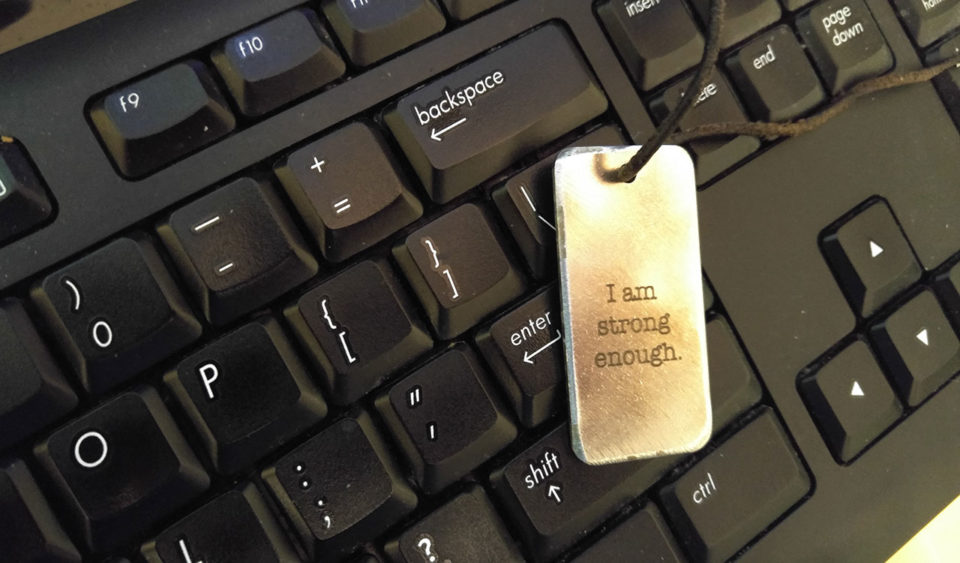 Here it is, World Bipolar Day, and my "Get Up and Go" hasn't shown up yet.

There's the distinct possibility it "Got Up and Realized It Had Something Better To Do".

Can't say as I blame it. It is the nature of the day, after all. 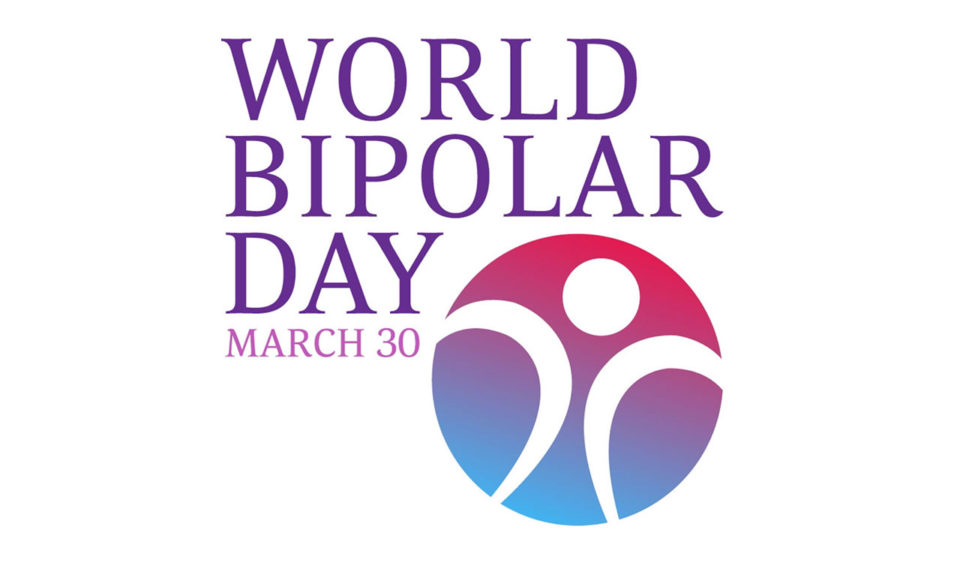 Forget Easter, this is the day I've been waiting for.

I expect presents, which I will erratically alternate between loving and hating. Plenty of snacks available as binge eating will be a must, especially once the self-destructive drinking gets into full swing. Everything will be delivered as leaving the house will not be allowed. The DJ will play a mix of eighties tunes including every depressing song you know all the words to cry along to.

Unlike my last birthday, people will actually show up - even if only in my own head. Most will tend to say negative things about me, but that's how most circles of friends work, don't they? The dress code will be casual and pajamas will be considered "going all out", although "letting it all hang out" won't be unduly frowned upon.

Party games will involve walking around in circles while pulling on your hair, followed by copious amounts of surfing the Internet with no actual purpose or benefit.

As a special bonus, telling stupid people to shut up because they're talking too slow to process and are polluting your brain cells will not be considered rude, but will instead be a rigid requirement.

Viva Friday. I love it and hate it already. 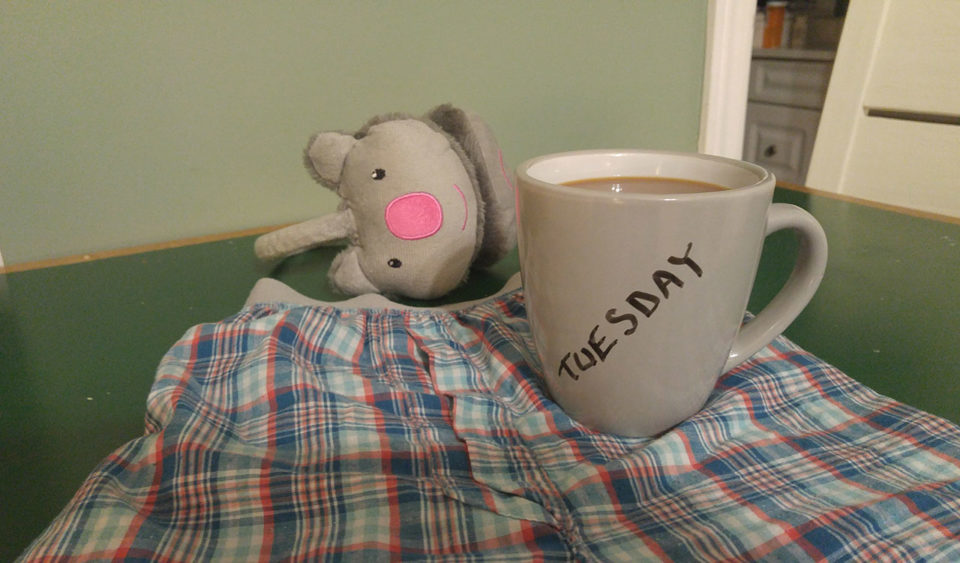 Personally, I like to believe it's the sort of Tuesday that isn't shy to follow a Monday but still manages to gracefully relinquish itself to a Wednesday when its time has come. It's a strong, confident Tuesday, and it doesn't have to explain itself to anyone. I know, I know, some bold thinking there and not everyone is going to be on board, but that's the kind of person I am. I go my own way, do my own thing, float my own boat. I define my own Tuesday like I define my own self - only with a little more conviction and a little less angst. I also make my own coffee and buy my own underwear. Well, most of the time. Sometimes it's Tim Horton's and secret Santa, but for the most part, I'm self-sustainable. The important thing is, I'm here. On a Tuesday. That, and tomorrow's Wednesday which means I'll have a valid excuse to use the term "Hump Day". I love saying "Hump Day". It makes me giggle. 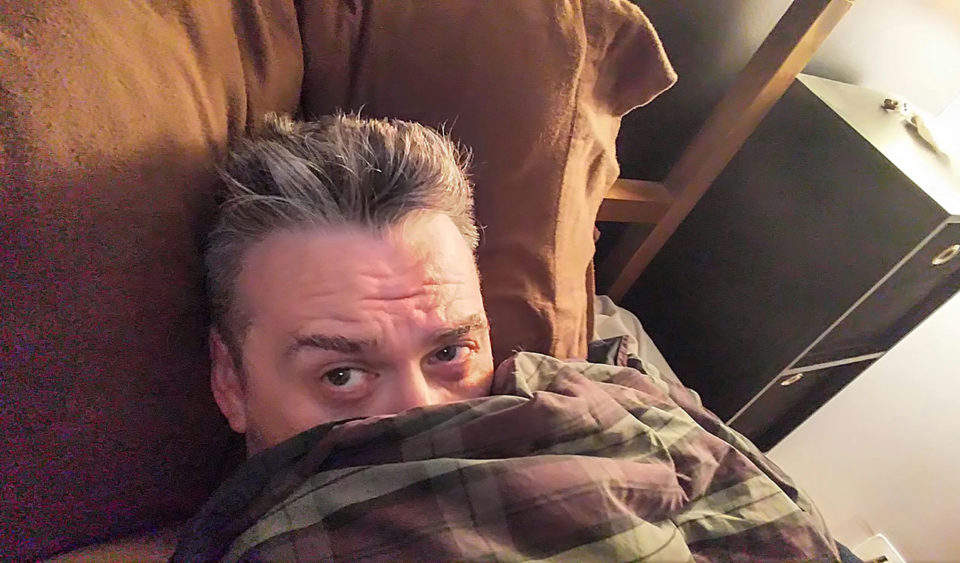 Somewhere deep between, "You have got to be kidding me," and "I have purple pants that let me fly to the moon if I put on my bestest Mr. Happy face and fill my heart with special gladness!"

Yah, that's how crazy that shit is. 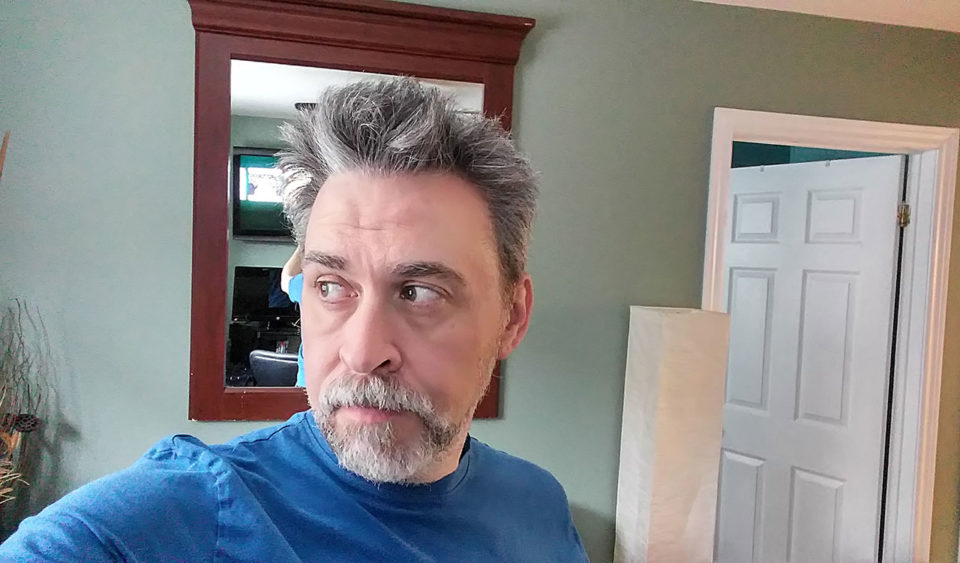 Calling It A Nap Day

It's probably not a good thing when you haven't even finished drying off from your shower and you're already sick of people. The only person I've seen so far is myself in the mirror.

Might as well sing-along song: Bell Biv Devoe "Do Me". 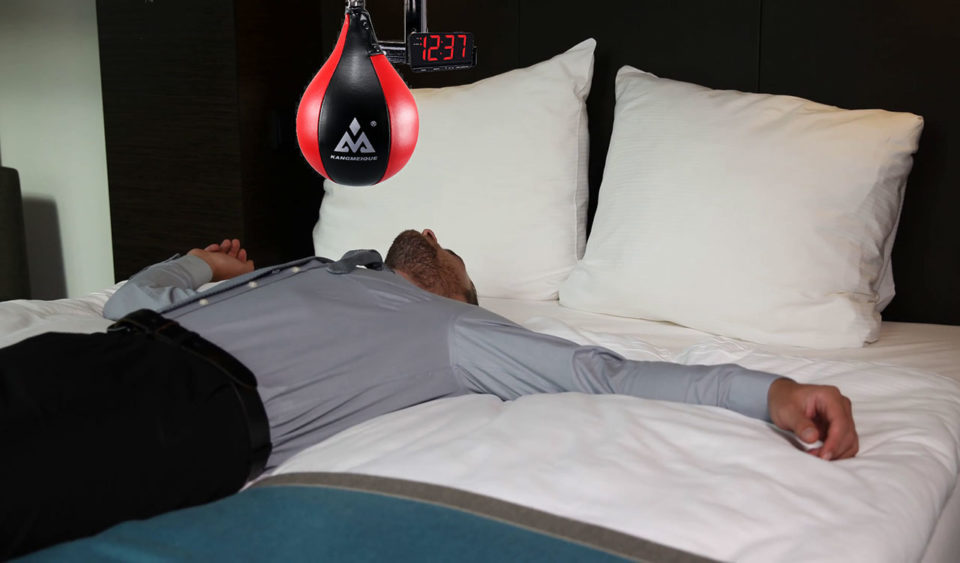 Quick mock-up of a new alarm I am considering patenting.